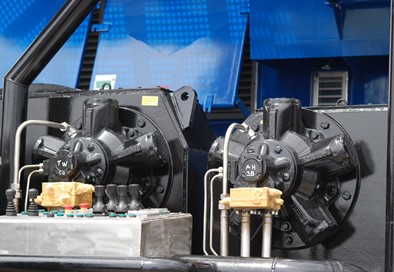 To say the last couple of weeks have been interesting and eventful would be an understatement to say the least.

Let me deal with the Brexit issue, as I have been repeatedly asked what it means for UK surveyors in particular in the past few days. The simple truth s that there is nothing or IIMS can say other than we will monitor as things develop in  the coming months. Until a new Prime Minister is elected it is impossible to know what the time frame for departure from the EU will be. But it seems clear that nothing will happen of note that will impact on surveyors probably for a couple of years.

The Seawork Show, held at Southampton a couple of weeks ago, was a great success. The staff on the stand said it was busy with a steady stream of members and interested others stopping by for a chat. The IIMS pens and chocolate bars proved very popular! I was surprised how many IIMS members I encountered at the event and was grateful to have the opportunity to chat with those I saw. The seminar programme onboard the Ocean Scene was a good event too attracting an attentive audience in excess of 60 surveyors and some interesting presentations. In  my slot, I challenged surveyors to look to improve and enhance their skills by setting aside a small budget for their personal development each year.

The other event I wanted to touch on was the splendid IIMS garden party, which was held in the garden adjacent to the head office for our local friends, suppliers and providers. The gathering, which attracted over 40 invited guests, was organised as part of the Institute’s 25th anniversary celebrations. The weather, which has been rotten in the UK for several weeks, behaved itself and the warm sun came out for two hours.

The IIMS 25th Anniversary London Conference looms ever nearer. The programme is complete; and you can book your place at the event right up to the third week of August. The first major deadline is looming now. On 30th June 2016, the deadline for nominations for the IIMS Awards for Excellence closes. There is still time to make a nomination. The judging panel meets on 12 July to makes its selection of finalists.