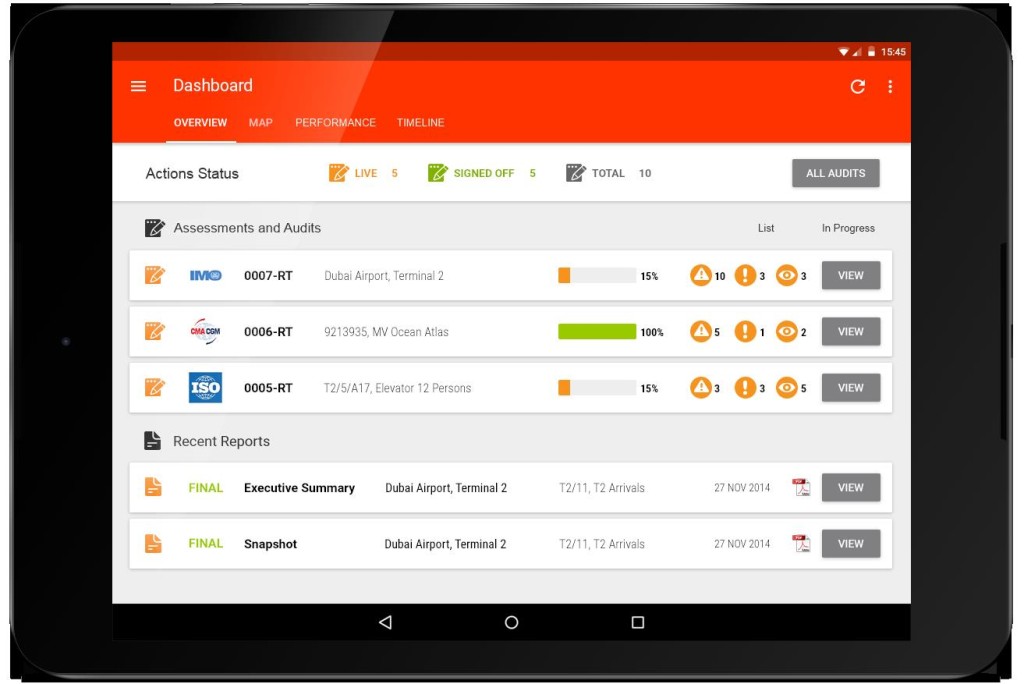 The world of marine surveying is no different to any other industry sector or profession when it comes to the onslaught and proliferation of new technologies. The aim always is to make the task easier to carry out and arguably just as accurate, but in a shorter time frame and all down-loadable digitally. For some, this new technology is frightening. Dr Risto Talas sets out to prove the doubters wrong by explaining how iassessor™, a software app, can be deployed to good effect.

Around 11am one morning in early January 1999 I received a telephone call at my desk in Lloyd’s asking me to a meeting with Stuart Todd, the new Protection and Indemnity (P&I) underwriter, whom we had recently recruited from the UK P&I Club. Our Syndicate, headed by Jonathan Jones since 1988, had grown by 1998 to have the largest book of blue water hull and machinery business in the Lloyd’s market. Jonathan had taken a strategic decision in 1997 to take on the International Group of P&I Clubs and begin underwriting fixed premium P&I for vessels of any size (excluding passenger vessels) with limits of liability up to $1 billion. This development from an upstart hull underwriter had ruffled many a feather among the managers of the traditional Clubs, contented as they had been to swat away any concerns from the European Union about anti-competitive practices in P&I underwriting.

My meeting with Stuart was intended to last half an hour to discuss my role as the Syndicate’s war underwriter, the brokers’ hull war covers that we lead and other aspects of the war account for which I was responsible. Instead, our conversation was interrupted by a telephone ringing non-stop and soon thereafter the arrival of a steady stream of unfamiliar faces, in the guise of P&I brokers to see Stuart. I made my excuses and asked him if we could continue our conversation later that evening in the City Flogger wine bar. He mouthed the words “fine” while cupping his hand over the telephone’s mouthpiece. Stuart arrived for a drink around half an hour late that evening, looking somewhat flustered. After a few glasses, I suggested that he might need a hand answering the telephone while he dealt with his brokers and before I could offer the services of my assistant, he roped me into the job. And so began an incredible initiation into the world of P&I in the run up to the 20 February renewal date. In those six weeks, we underwrote just under twenty million dollars premium of new P&I business; a staggering achievement for a completely untested product underwritten on a brand new wording, in a market that had not insured P&I since the 1850s. The speed and scale of the underwriting in January and February meant that it was not until early March that we had a final figure for the total tonnage that we had accepted; and ship owners were still receiving their underwriting documentation in late April. For the first full underwriting year we had allowed for two filing cupboards six foot tall by three feet wide for all the paperwork but by June we had filled four. Furthermore, to say that our hull underwriting IT systems were over-whelmed is an understatement – we had to design a new database from scratch to keep track of vessels, policy terms, deductibles and amendments. There was paper everywhere.

As with any marine underwriting operation, the underwriter wields his ink pen over the slips of paper that will become the marine insurance policy largely oblivious to the condition of the vessel, or even its whereabouts. The brokers do their best to keep shipowners at arm’s length to prevent any meaningful relationship developing between shipowner and underwriter, lest the broker feel he or she is no longer in control of the relationship and might easily be substituted for another. In their day-to-day lives, marine insurance brokers also do their best to test underwriters by inserting innocent looking clauses into the proposed policy, such as extending collision liability or amending warranty wordings, which if not discovered by a sharp underwriter, may develop into a sharp practice by a broker. Nevertheless, in the P&I underwriting which Stuart undertook on behalf of the Syndicate in 1999, the one key phrase he inserted into every policy was “vessel(s) subject to survey within 30 days.”

While this phrase was intended to protect the Syndicate from unnecessary exposure to a vessel deemed to be in poor condition, in reality it fell to the experts, such as Captain Michael Tskitishvili who worked in the Syndicate’s claims department who would instruct surveyors or carry out the surveys himself. While our paths had not crossed for some years, I recently caught up with Captain Michael after his return from ten years in Greece where he ran his own surveying business, Argomar and began by asking him how he managed to cope back then with the huge number of vessels to survey in such a short space of time.

Captain Michael: “The only difficulty was to get a ship’s itinerary from Shipmanagers as soon as possible and then, as we had quite a developed network of surveyors, it was a matter of communication with a surveyor in the area of the ship’s next port of call. The P&I survey format which we used was very useful and a helpful tool both for surveyors and for us as after receiving the completed reports we could immediately send lists of deficiencies found on board together with recommendations for corrective actions and the target dates to Managers. Then we only needed to ensure that the recommendations have been fixed in time.”

I then asked him how a paperless audit system would have assisted him in his role.

Captain Michael: “It would have helped us and the underwriters enormously and I would have been freed from the paper routines and insurers would receive information about potential problems as soon as the survey would have been completed.”

While the episode I am describing took place fifteen years ago, I believe that it has relevance for today’s marine surveyors as well. I asked Captain Michael if he could recommend a colleague whom I could interview and he kindly put me in touch with Chartered Engineer Costas Markopouliotis of C.V. Markopouliotis and Associates, Piraeus. Below is a summary of our interview.

RT: How long have you been involved in marine surveying?
CM: 26 years.

RT: What did you do before you became a marine surveyor?
CM: I was a Shipyard naval architect and a superintendent engineer.

RT: What types of vessels are you most familiar with?
CM: ankers, dry cargo and yachts.

RT: How many times have you been called to give evidence in a court of law based on one of your surveys?
CM: 20 times.

RT: How long does it typically take for you to complete a survey?
CM: It depends. Two to twelve hours, or in some cases days.

RT: Do you rely entirely on a paper-based survey system?
CM: No.

RT: Do you rely partly on a paper-based survey system?
CM: Yes.

RT: Do you rely entirely on a paperless survey system?
CM: No.

RT: How do you capture photographs or video?
CM: By camera.

RT: How do you ensure you can date stamp your photographs or video?
CM: Date by camera. Stamp if necessary in case of court only,
by printing and stamping.

RT: How do you capture your thoughts while conducting
a survey?
CM: Notebook.

RT: If conducting a vessel survey, do you normally share your thoughts with any of the on board crew prior to departure from the vessel?
CM: It depends.
If condition survey, yes.

RT: How long does it normally take to compose your survey report?
CM: Two to twelve hours.

RT: Do you normally compose your survey report before you leave the country where the survey took place?
CM: No.

RT: How do you think the process of sending or receiving completed surveys could
be improved?
CM: By improving size of files able to be send by the computer.

RT: What concerns do you have about using a paperless, automated system for surveys?
CM: None.

In my discussions and interviews with Captain Michael and Costas Markopouliotis, they both alluded to the increased use of technology in marine surveying, not only for Hull and P&I vessel condition surveys but also for new buildings, cargo and many others. I am grateful to them both for their time and comments.

This topic was also the subject of my presentation at the IIMS London conference in September in my former workplace, Lloyd’s of London. As a director of synergia, the software solutions company, I presented on iassessor™, a new form of tool for marine and non-marine survey work.

So, what exactly is iassessor™?
iassessor™ is a software app, secure communications and data storage infrastructure for Governance, Risk and Compliance (GRC) management. It provides enterprises and organisations with powerful capabilities for: assessments, inspection; peer-reviews; and checklists and timelier management reports, monitoring and performance management.

iassessor™ is designed for either conducting integrated assessments across the enterprise as a comprehensive programme of assessments, inspections and checks, or it can be deployed for single-point assessments to meet a specific compliance or assurance requirement.

The shipping companies and Flag States that have deployed iassessor™ for their in-house surveys have reported both financial and efficiency savings. Surveys that are completed on site can immediately be prepared in an interim or full report format and can be downloaded onto a memory stick to be left with the master or chief engineer. There is no need for a surveyor to delay his or her next job through having to write up survey notes or attach photographs to an email – iassessor™ can be used to capture photographs and video and linked to specific non-conformances, which automatically date stamped. Furthermore, a data compressed version of a survey report of less than one megabyte can be emailed directly from the device.