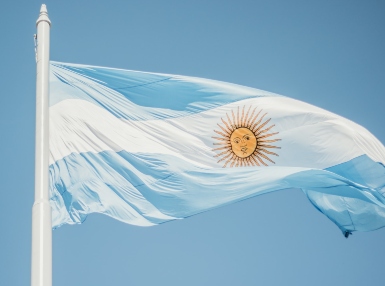 Argentina has ratified the Hague Rules and the country’s Maritime Law has incorporated most of the principles of the Hague-Visby Rules. Prior to 2013, importers and exporters had the benefit of selecting the method to be used to establish the weight of dry bulk cargoes. In June 2013 the Argentine Customs Authorities issued General Resolution No. 3506 on Determination of weight by draft and tanks’ sounding for operations with solid goods in bulk according to which Customs will decide the method of determining the cargo weight between the shore scale and draft survey figures.

It is a misconception that only the shore scale figures are accepted in Argentina. Even if the shore scale figures are chosen by Customs Authorities, the vessel may perform a draft survey and any of the parties involved may also engage surveyors to take part in such draft surveys. In any event, Members are expected and obliged under the Hague-Visby Rules to conduct their own draft surveys when loading or discharging cargoes. The draft survey figures will be a point of reference when shippers present a bill of lading reflecting shore figures.

In Argentina, the most common problem is when local shippers present the shore figures to be inserted into the bills of lading and there is a discrepancy between such figures and the vessel’s draft survey figures. If the discrepancy is within normal or customary limits, it is usually acceptable to issue clean bills of lading with the shore figures without any remarks.

What is a normal or customary discrepancy depends on the circumstances and the means of measurement used to determine the ship’s figures. For example, a properly executed draft survey is said to have an accuracy of +/- 0.5%. Therefore, if the shipper’s figures exceed the draft survey figure by more than 0.5%, the bill of lading should normally be claused. As a general ’rule of thumb’, P&I cover may be prejudiced when the bill of lading discrepancy for solid bulk cargoes is 0.5% or more as this is commonly accepted to be the accuracy of a well-conducted draft survey. Each case is decided on its own merits as there are many factors involved which may indicate application of a different percentage. For more information, see Gard’s Guidance to the Rule 34.

It is to be expected, however, that if the discrepancy exceeds the 0.5% the risk of shortage claims at the discharge port is increased. Even then, shippers insist that no remarks can be inserted into the Mate’s receipts and bills of lading and will advise the Master to issue a letter of protest recording such discrepancy. The practical value of such letters of protest is uncertain and questionable. There is room to argue that all they do is alert the cargo receivers of a pre-existing shortage.

Based on our experience in handling such cases and in consultation with the local correspondents in Argentina, Gard recommends the below steps to Members when the discrepancy in the figures exceed the 0.5% and shippers insist that the shore figures are inserted into the cargo documents without any remarks:
– Inform the Association immediately to appoint a surveyor to board the vessel and conduct an independent final draft survey to verify the accuracy of the vessel’s measurements. It is preferable to have all interested parties (shippers and charterers) attend but if such interested parties decline an invitation, the Master should record this in a letter of protest and proceed with the independent draft survey.
– Notify charterers/shippers immediately of the discrepancy and propose to either load additional cargo so that the difference is brought below 0.5% or invite them to accept a remark on the cargo documents which will refer to the vessel’s draft figures as well as the shore scale figures. Under the Argentinian navigation law (N° 20094) Section 204, the Master is entitled to include in the Mate’s Receipts any remark linked to the state and condition of the goods.

It is often invalidly argued for the purposes of exercising commercial pressure that time lost during the above actions is for owners’ account. Under English law however, the Master has the right to investigate the reason behind a discrepancy in quantity, cargo description and cargo condition. If the Master does so reasonably then his right will be supported by the Court or within an arbitration and any delays will be for the account of the shipper or charterer. See for example, The “Boukadoura” (1989) 1 Ll. Rep 393.