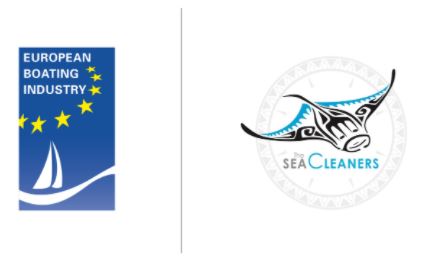 European Boating Industry (EBI), the organisation that represents the recreational boating sector in Europe, announces its partnership with the NGO The SeaCleaners, created by the sailor and ecologist Yvan Bourgnon, with the aim of strengthening its actions to protect the marine environment and combat plastic pollution.

The recreational boating industry relies on the health of our seas. That is why EBI is strongly committed to reducing marine pollution and raising awareness among boaters and the general public. The SeaCleaners is a natural partner to EBI, given its commitments to awareness-raising, biodiversity protection, plastic waste collection and scientific observation. Under the new partnership based on a Memorandum of Understanding, both organisations will promote common activities.

Within the framework of this collaboration, The SeaCleaners, which has made prevention and awareness a major focus of its action against plastic pollution, will develop and distribute educational tools, such as a “plastic waste collection manual”. This booklet will be distributed to boaters to encourage them to take action against this scourge, which has a deadly impact on marine biodiversity and contaminates coastal waters as well as the high seas.

The SeaCleaners’ scientific teams will also work with EBI to develop best practices. Companies and boaters will be invited to participate in The SeaCleaners’ Voluntary Observer Programme. As part of this programme, they will carry out observation missions of floating plastic pollution in the areas of the world most affected by this phenomenon. The observations will be processed, analysed and used to create a reference database on global plastic pollution. This will improve the relevance of public policy, on land or at sea, aimed at reducing plastic pollution and protecting marine biodiversity.

Finally, companies in the boat building and equipment manufacturing sector will be offered the opportunity to contribute to the construction and fitting-out of the Manta, a pioneering solution for collecting and recovering floating plastic macro-waste that will be launched in 2024. The Manta will be the first deep-sea vessel capable of collecting and mass treating floating oceanic waste before it breaks up and enters the marine ecosystem in a lasting manner, thanks to its on-board plant.

Joint advocacy and communication actions aimed at supporting European institutions in their initiatives to reduce marine litter and transition to a circular economy will also be implemented.

Jean-Pierre Goudant, President of EBI explains: “The European Union has estimated the cost of environmental damage caused by plastic pollution in Europe to be 22 billion euros up to 2030. We are convinced that all maritime actors must make a determined commitment against plastic pollution. Through our collaboration with the NGO The SeaCleaners, we are proud to take another step forward by supporting a great project and giving the industry access to concrete resources to act.”

Yvan Bourgnon, president and founder of The SeaCleaners adds: “Plastic pollution is a major ecological threat on a global scale. There is an urgent need to act on all fronts, both preventively and curatively. And all actors have a duty to take the necessary measures to contribute to this fight. We are infinitely proud that European Boating Industry, a major player in the European maritime sector, is positioning itself so firmly at the forefront of the fight alongside us.”