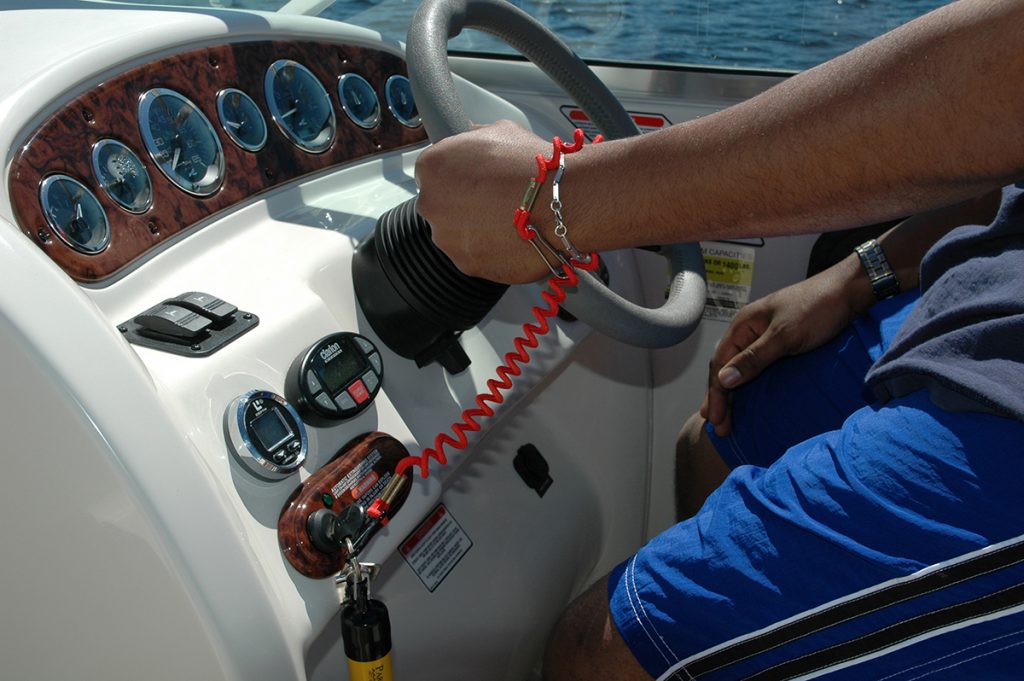 The UK Coastguard has issued kill cord safety advice following a recent incident when two men were thrown from their speedboat in the afternoon of 12 July off the coast of Kent. The kill cord is designed to ‘kill’ a boat engine in case the driver goes overboard.

At around 2.25pm on 12 July, HM Coastguard received a number of 999 calls reporting that two men had been thrown from a speedboat, which then continued unmanned until it crashed into the sea wall at Minnis Bay Margate. The two men were rescued by the RNLI Lifeguards.

Margate Coastguard Rescue Team, Margate RNLI lifeboat, Minnis Bay RNLI Lifeguards and Kent Police were on scene and the two men, who were wearing lifejackets, were recovered from the water. They had not sustained any serious injuries.

Tony Evans, HM Coastguard Maritime Operations Specialist, said:
“These two men have had a very lucky escape. Although they were wearing lifejackets, it would appear that they had a kill cord on the engine but neither of them was wearing it. With a busy beach nearby, the circumstances could have been very different, or indeed tragic, if the vessel had not crashed into the wall.”

On the aftermath of the incident, the HM Coastguard advised:
– All owners and drivers of open powerboats, personal watercraft and RIBs should ensure that if their boat is fitted with a kill switch and kill cord, it is correctly used.
– On a powerboat the kill cord should be attached securely around the thigh and on a personal watercraft it should be attached to the buoyancy aid.
– Attach your kill cord before the engine is started, but certainly before the boat is put in gear where safe to do so.
– Stop the engine before transferring the kill cord to another driver.
– Always check your kill cord works at the start of each day or session and remember to replace it when there are signs of ageing, or wear and tear or it starts to lose spiral tension.
– When replacing kill cords, buy the manufacturers genuine replacement kill cords.
– Do not leave kill cords out in the elements. Extremes of temperature and UV light will harm the kill cord in the long term.