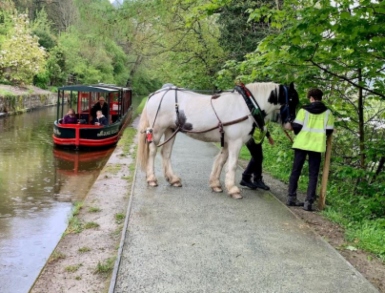 The Waterways Ombudsman annual report detailed 63 enquiries, 51 of which were directly about the Canal & River Trust, one about the Avon Navigation Trust (which was not upheld) and the others about bodies not in jurisdiction.

“When considering the number of people who access the waterways for business, leisure or their home, complaint numbers are very low. The Trust invests a great deal of time and effort in providing a good customer service and its new customer relations system appears to be enhancing the customer experience,” said Sarah Daniel, current Ombudsman.

– Twelve new investigations about the Canal & River Trust were opened by the Ombudsman during the year, of which 11 were closed within the year.
– Of the 11 complaints resolved, seven were upheld in part and four were not upheld.
– The complaints were split between boaters and non-boaters and covered a range of topics.
– One complaint from a boater in central London was about the Trust’s support for and licencing of a company which provides leisure hire boats.
– Another complaint was from a canal side resident about a newly installed automatic barrier for a swing bridge across the canal.
– Of the seven partially upheld complaints, three were accepted and the Trust was required to take some further action.

The Ombudsman made a number of recommendations to the Trust which included reviewing how its payment plans are processed, more transparency when changes are made to mooring agreements, ensuring all questions are answered in a timely manner and to consider advising residents in close proximity to planned building work.