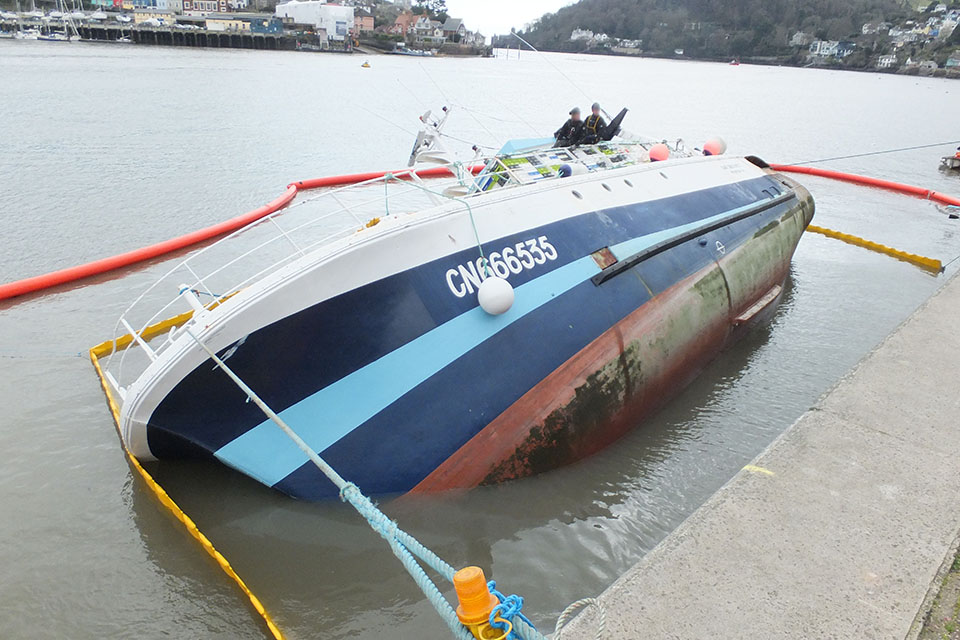 On 9 March 2016, three French fishing vessels sought shelter from bad weather in Dartmouth harbour, on the south-west coast of England. One of the vessels, Saint Christophe 1, was directed to berth alongside a quay wall and when the tide went out it grounded and capsized alongside. Saint Christophe 1 subsequently flooded and sank with the incoming tide, and was declared a constructive total loss.

Safety issues
The lack of effective communication between harbour authority staff and vessel’s crew failed to ensure a common understanding of the fact that the boat would ground at low water
The assumption that the crew understood the information provided by the harbour staff, prevented further safety checks from being made
The harbour authority staff directed the boat to berth alongside a quay that had been identified as hazardous without ensuring that mitigating measures were put in place
Saint Christophe 1 was not able to be made watertight due to the fastenings on several doors and hatches having been disabled
The crew of Saint Christophe 1 did not verify the safety of the berth
Recommendations
The MAIB has made safety recommendations to the vessel’s owners (2016/152), and to Dartmouth Harbour Navigation Authority (2016/151). These are intended to help improve the onboard safety management of Saint Christophe 1 and another of the fishing vessels (Sagittaire) and the safety management within the port of Dartmouth.

The report also makes a recommendation (2016/150) to the Maritime and Coastguard Agency to undertake a Port Marine Safety Code health check for Dartmouth in 2017.